Anyone with the slightest interest in global supply chains — and that pretty much makes up the entire populace — could rattle off the many crises that disrupted the flow of goods over the past three years. Which events will have the greatest impact on businesses and consumers throughout 2023, however, is much less clear.

Whatever form they take, they’ll have one thing in common: a connection to supply chain risk management, an area that has understandably become a major topic of concern in the executive suite in recent years. So it only makes sense to get a perspective on 2023 from an expert in the field.

The economy and financial markets. Fears of a recession in 2023 aren’t going away. In fact, certain sectors might be in one now. (It’s common for economists to identify recessions retroactively.) For companies in the consumer electronics space, the decline might have taken hold as early as the end of the first quarter of 2022. Strong demand continues in other key industries, such as automotive, infrastructure and healthcare, but the number of business failures over the past year could prove to be an unsettling harbinger for all sectors in 2023.

“In the last two years, we’ve seen a record number of companies exiting the market. “Either they weren’t performing well, their supply chains weren’t keeping up, they didn’t have the parts, or they were struggling to meet growth targets.”

Should that trend continue or even ramp up in 2023, companies could be motivated to curb spending in expectation of dwindling demand. And while inflation has eased up in recent weeks, business costs are still high, especially in the energy sector; interest rates remain at their highest level in years, and stock market valuations are down. Companies that had easy access to capital when interest rates were low lack the same ability to raise money now. All of these factors are “contributing issues that can send suppliers into financial instability and sometimes bankruptcy,”

Increased geopolitical risk. Relations between the U.S. and China have been frosty at best over the past decade, but they could hit subzero if China chooses to invade Taiwan. A dire turn of events doesn’t even need to occur in order to trigger major supply chain disruptions. “The fear of these things happening causes companies to take action.” (The same goes for consumers, who might cut back on spending in anticipation of a recession, thereby creating a self-fulfilling prophecy.) Similarly, the continuing war in Ukraine could cause companies to alter production plans as they worry about an ongoing shortage of energy and critical raw materials.

Cybersecurity and an increase in cyber attacks. Nothing new here; businesses have been under relentless attack by cyber thieves and hackers for years. But Vakil is concerned about the buck-passing that goes on within the various functions of many companies, with each department claiming that the others are responsible for protecting internal systems from breaches.

Vakil’s background is in procurement, where managers tend to argue that cybersecurity is essentially an IT issue. But those on the IT side of the house say it’s up to procurement to vet suppliers up the chain. Still, when something like a ransomware attack occurs, as in the case of the Colonial Pipeline hit in 2021, it’s the entire business that’s affected. “If they can’t transact,” Vakil says, “everything comes to a grinding halt.”

Vakil says companies can’t afford to be reactive in responding to cyber threats, or complacent when they dodge an attack. “Just because nothing happened the last three times you had a disruption doesn’t mean you’re going to be spared the next time.”

Regionalization of sourcing. To say the age of globalization is over is an overstatement. But there’s a definite shift in sourcing strategies taking place, triggered by concerns over China’s continuing ability to turn out cheap and reliable products for the world market. While Chinese leaders have scrapped their “zero-COVID” policy of drastic lockdowns affecting entire cities, the country’s production capacity remains threatened by high infection rates. Russia’s invasion of Ukraine is yet another event that awakened manufacturers to the need to diversify sourcing of key materials and components. Moreover, the change in thinking has some companies looking to reshore production to the U.S., despite questions of labor availability and cost. Passage of the CHIPS and Science Act last year signaled a realization of the need for local access to microprocessors and other essential materials. Moving production out of China and other traditional sources takes time, but the effort is underway.

Climate risk. And so we come to the big one: the issue that affects not just supply chains, but the whole world. Vakil notes the sharp increase in climate-based disruptions in Resilinc’s database: from between 30 and 70 extreme weather events between 2015 and 2017, to more than 250 in the last two years. And the number is likely to go on rising.

Barring any sudden breakthroughs in weather control, supply chains can at least prepare themselves for future events by mapping their universe of suppliers. That means knowing where every factory is located, through multiple tiers. “You can’t just be sitting there, heading blind into a disruption,” Vakil says. “Mapping and monitoring are foundational capabilities for companies to have.”

Even supplier diversification, which is undertaken to reduce risk, entails its own level of risk, to the extent that a company sourcing from a new part of the world knows little or nothing about it.

For these and all other eventualities, Vakil recommends devising three planning scenarios, from least to most affected by any given disruption. “You always plan for the worst” she says, “and hope for the best.” Looking at logistics pros and cons early into 2023 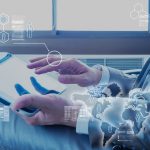